Stronghold: a major area of predominance; an area having power, authority, or influence; a tight grip 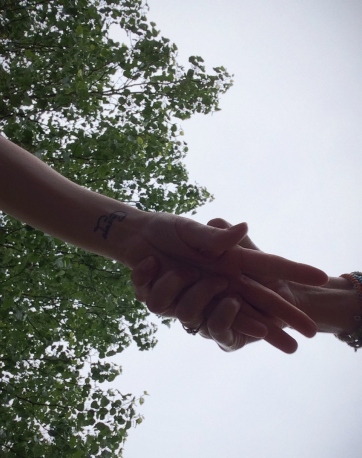 I’ve had many strongholds in my life – relationships, sex, insecurity, fear and anger. But the main one that most likely stemmed from my other strongholds was shame. I’ve written on shame before, but since I’m so familiar with the bondage shame puts people in, I’ll write about it again. (And most likely will again in the future.)
I believe shame starts with guilt. Guilt is when you make a choice and realize what you did was wrong. Shame is seeing what you did and believing you’re a failure because of that choice. I love how The Great Bible Study describes guilt and shame:

“Guilt is looking at the sin, shame is looking at yourself. If you allow yourself to meditate upon guilt, it will turn into shame. Guilt, if not properly dealt with, turns into a stronghold called shame.”

Shame is a battle of the mind. Your thoughts are continually being attacked. There’s no peace, no rest. People dealing with shame often have trouble sleeping due to the battle they are facing in their minds.
Shame had such a grip on me for years. Shame paralyzed me, literally. I remember one day not being able to get out of bed due to my shame. I was embarrassed of it. I hadn’t told anyone of what I was facing and believed every lie of Satan. I wasn’t good enough. I was a hypocrite. I was going to fall again. What was the point in even trying to pursue my relationship with Christ if all I would do is fail Him again? The lies that were thrown at me said if people only knew what I did, they’d chastise me. I attended church and felt like everyone in the room knew what I did. I had a fear that the people I had been intimate with would show up at church and judge me. I was afraid all the lies I told would catch up with me. I feared falling into believing again that I was “overweight” or “less than good enough”. I feared that my anger would show and people wouldn’t want anything to do with me.

Then I realized. The shame I dealt with was all about me. The thoughts I dealt with said “if people only knew me… if people knew what I did… if I sinned again, what was the point in going back to Christ…” Shame takes the focus off Jesus and places it on ourselves. God didn’t send Jesus to die on the cross and that was it. Jesus came to take my shame. Shame no longer needed to be about me, but about Him. Jesus died on the cross to not only bare our sin, but also our fears, angers, regrets, and best of all, our shame. Jesus doesn’t want to watch us struggle. He wants to be about our shame. He wants to be all up in it helping us through it. He wants to take on our shame so we don’t have to deal with it anymore. With Jesus, I didn’t need to be bound by shame any longer.

Shame ultimately ends up replacing God. It overcomes every area in our lives. Because of my shame, I quit reading the Bible and praying. I quit interacting with Christian friends and associated myself with people that wanted to pull me down further. It seemed almost fitting to surround myself with people that felt the same way about themselves as I did. Refusing to let go of my shame ultimately replaced Jesus. The more I held onto shame, the further I separated myself from God. But the beauty of God’s grace is that He never leaves, even when we run from Him. Once I started releasing my shame to Jesus, He started taking over my life again. The more Jesus entered in, the less shame stayed. Either you live with shame and no Jesus, or you live with Jesus and no shame. Shame and Jesus cannot abide in the same place.

Strongholds have such a grip that it will be what drives your every decision. Hence, that’s why it’s called a stronghold. It has a strong hold on your life. I remember countless times going to church and not partaking in worship. Worshipping through music is my way of expressing to God how much I love Him. It’s like my love language to Him. The way Satan works through shame is he drives a wedge between you and God. During worship, my heart wanted to be with Jesus, but I felt like I couldn’t be with Him because of what I had done. Satan lied to me and I bought into it. He convinced me that I didn’t really love Jesus if I was doing what I was doing. The moment I started believing that is the moment shame came into my life.
I stopped worshipping Jesus because I believed I didn’t deserve that honor. I believed I was a hypocrite. I believed I was worthless. I believed that people were judging me. When I let go of the shame, I was able to freely worship Jesus without wondering what everyone else was thinking. What people thought no longer mattered to me. The only person’s thoughts I cared about was God’s opinion of me.

What’s a stronghold you’re allowing to run your life? It could be anything from relationships to eating habits; sex, depression, or words someone spoke to you years ago. If you have a stronghold in your life, allow me a second to encourage you to let it go. Strongholds are much like not forgiving. The longer you hold onto it, the longer it will destroy you. The only person you’re hurting is yourself.

I still make mistakes and do things I’m not always proud of doing. However, instead of making those mistakes and running to hide in shame, I run to Jesus. I still may stumble, but I don’t stay down anymore. I admit to my mistake and move on with Jesus. Shame had a tight grip on my life, but shame is no more. Now, Jesus is my stronghold.

“In you, Lord, I have taken refuge; let me never be put to shame; deliver me in your righteousness.”
Psalm 31:1

“Because the Sovereign Lord helps me, I will not be disgraced. Therefore have I set my face like flint, and I know I will not be put to shame.”
Isaiah 50:7