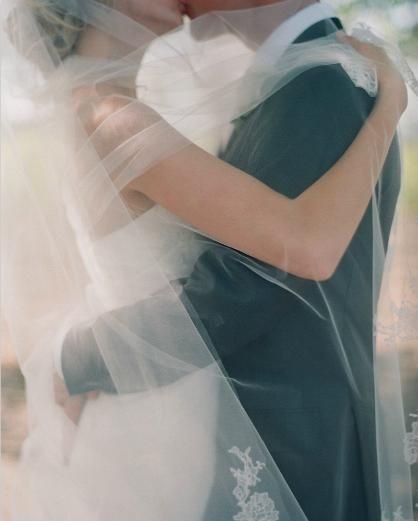 It’s confession time: I’ve been married before. And no, not the way you’re probably thinking.
Imagine this scenario after meeting someone for the first time:
He’s so cute. We even like the same music. He eats the same exact food as me, and he’s a clean freak… such a plus. He looked at me (and was that a wink?!). We’re totally getting married and going to have five kids. We’ll travel the world and eventually settle down. He’s perfect.
Well, that escalated quickly. And if the guy knew what the girl was thinking, he’d probably think she’s a freak and never talk to her again.

How many times have we as women married another man in our heads? I’ll be the first to say I’ve been married in my head before. I may as well be a polygamist.
I’m not just writing this for you as the reader, I’m writing this to myself as well. I’m a young, single girl (with a child, causing my desire to have a family that much worse). I’m just as guilty as lusting after other men as anyone else. It’s so easy to do. I’m guilty of marrying men that I don’t even know – a random guy sitting next to me at church for example – poor guy doesn’t even know he’s been signed off to marry and have kids with a stranger – if I see him in church (raising his hands gives him an automatic plus), my thinking will go straight to he’s a Christian and he might be “the one”.

I can recall a few months ago when my mind decided to marry every guy I knew, causing me to have an emotional breakdown. I couldn’t sleep. My mind wouldn’t shut off because I was so obsessed with the idea of marriage. After that episode, I realized I was still trying to be in control of the people I’d date. I fully had the desire to give God the control, but I hadn’t let go of the reigns yet.
I believe God places different desires in every human being for the specific reason that we trust God to fulfil those desires. If a woman has a desire for marriage, then she will get married one day. With that in mind, I believe there IS someone for me; however, I don’t know who he is and I don’t intend on trying to figure out who he is on my own. I’ve given God control and when it’s time, God will have us cross paths.
Now, any time I find myself drifting in my thoughts about marriage, I get little checks in my spirit. I ask myself a few questions and go from there. If we as women are constantly blowing men off because we’re waiting for God, then how do we know we haven’t blown off the one God intended for us to meet?
So the questions I ask myself are more to help me see if this guy is the potential “one”, or just a friend.

1. Does he love Jesus? Notice I didn’t say “is he a Christian?” Any guy can be a Christian, but it takes a man that loves the Lord to stand out. A follower of Christ that reads (and follows) the Bible’s teachings is a man worth investing time in. Ladies, if he lacks the Word, then he lacks the ability to treat you with a Christ-like behavior.
2. Friendship first, relationship second. Growing up in church, I always heard (youth) speakers preach on dating. It was pretty much a guaranteed thing that every year around Valentine’s Day the message would be about love and dating. One of the key points I’d always hear was to be friends with the guy/girl first. I never really liked this point. But now after I’ve been through more than a handful of relationships, I get it. Being friends with someone first gives you the time to get to know the person without having a facade up. It allows both the guy and girl to be themselves and be completely vulnerable.
3. Is he pursuing me? As a girl that always pursued the guy, I constantly have to question my motives when it comes to being friends with a guy. I ask myself is he pursuing me, or am I the one pushing a friendship with him. The Bible claims women to be “the weaker vessel” (1 Peter 3:7), which implies that the man is to be the leader. If I’m always pursuing the man, then am I giving him the opportunity to lead? Absolutely not. I’ve heard girls say if I don’t pursue him, then he may not get the hint. If you’re trying to be with someone that needs a “hint” that you’re in to him, then he’s obviously not interested, thus proving he’s not “the one” for you.
4. Does our relationship with Christ grow stronger when we’re together? This one is simple and can be applied to a relationship or friendship. From the time you’ve met to now, are you both growing stronger in Christ, or are you drifting apart from Christ? If he’s encouraging you to seek Christ first before asking his advice, then he’s a winner. If you haven’t even touched your Bible since you met, then it’s time to reevaluate your relationship with this person.

It’s so easy for women now to be infatuated with love. Pinterest allows us to create our wedding day at the click of a button; Facebook allows us to “creep on” random guys and learn everything about them before even meeting them; Foursquare and Google+ lets us check in where we are (in hopes that he’ll show up where you are; don’t lie, you know you’ve done this before).
With all the social media connection we have today, it’s almost impossible to not constantly have thoughts about the guys in our lives. In Proverbs 4:23 it says we are to “guard our hearts”. How can we do that when we live in a world that doesn’t let us stay guarded? It’s easy. Trust that God has someone in store for you and He’s preparing both of your hearts for the right time.
I’ve heard this analogy used multiple times. Imagine a triangle. You are at the bottom left corner and your future spouse is at the bottom right. God is at the top point. As you both start drawing closer to Christ at the top point, you and your future spouse are also drawing closer together. Keep your eyes fixated on Christ and He WILL bring you the man of your dreams. It takes patience, but it will happen. I promise.

“Guard your heart above all else, for it determines the course of your life.”
– Proverbs 4:23 NLT

2 responses to “I’ve been married before”